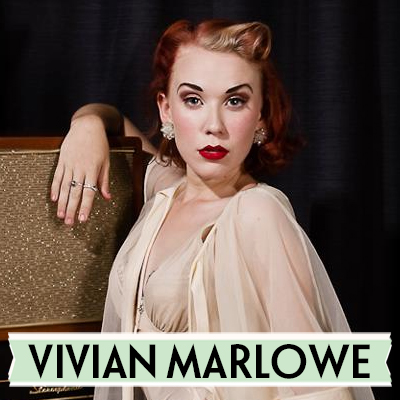 A vivacious red head from Perth, Western Australia, Vivian Marlowe has been performing for over three years and has written and starred  in successful shows in Perth Fringe World and acts over in the Eastern states. Specialising in  classic tease but with usually a kitschy twist, Vivian Marlowe is proof that the most explosive dynamite comes in the small packages!