0
was successfully added to your cart.

Cult boylesque cabaret hooligans BRIEFS in Melbourne for 2 nights only! 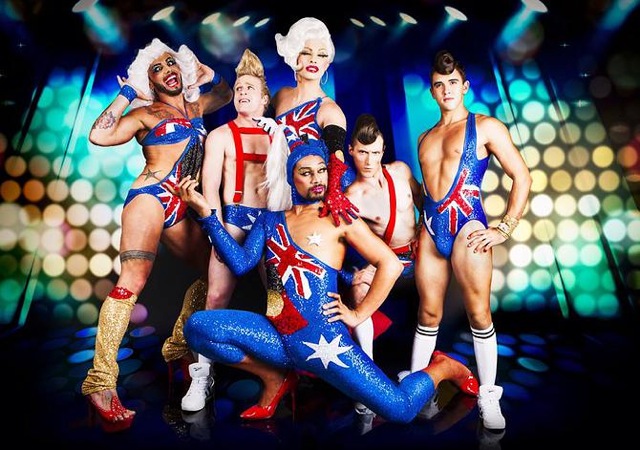 Cult boylesque cabaret hooligans and mischief makers BRIEFS host CLUB BRIEFS; a late night romp of circus and burlesque featuring disco dancing and pop up performance at Thousand Pound Bend on Friday May 31 and Saturday June 1. This is the only chance for Melbourne audiences to see the cast of the cult variety show BRIEFS before these home-grown boylesque heroes head to the U.K and Europe for a three-month tour.

CLUB BRIEFS is more rough and tumble than the full theatre show counterpart but just as much fun. According to creative producer and performer Fez Faanana presenting CLUB BRIEFS is as important as the presenting the full variety show:

“ BRIEFS was spawned in the back warehouse space of a bookshop in Brisbane’s West End in 2008. We put on a club night to give performers the chance to try out some new late night cabaret/variety acts. There were no rules or restrictions. We weren’t answering to a brief or a venue or a funding body. It was purely artist driven with no agenda. It was completely off the radar. It was stuck together with a bit of hope, gaff and glitter. It had great energy and we’ve kept that rough and tumble spirit. We’ve been described as an ‘Aussie Cirque du Soleil meets Ru Paul’s Drag Race’ that’s pretty true and it’s a whole lot more. The club nights help us maintain that spirit and give us a chance to shit stir, evoke and entertain audiences in a less structured way”

Brisbane’s Briefs boys started their all-male burlesque production in 2008, and have since toured internationally, accumulated awards and seen star Mark ‘Captain Kidd’ Winmill collect the King of Burlesque crown in Las Vegas. Following these club nights the cast will embark on a UK tour that takes in Latitude Festival, London, Cardiff and Edinburgh.